Come Out of Her My People.

First, I want to apologize to everyone for taking so long to write another article and also that I am interrupting my series about YHVH’s Holy Days. I deem this article very important to the understanding of what the phrase “Come out of her my people” really means. As a self proclaimed expert, by virtue of the fact that I had it wrong for so many years, I want to help alleviate fear in some of you and maybe even instill some fear in others. END_OF_DOCUMENT_TOKEN_TO_BE_REPLACED 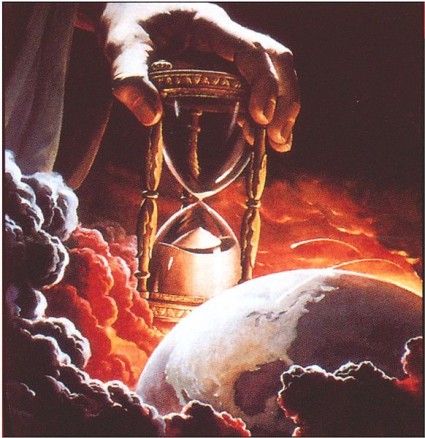 Many people have asked me why I stopped writing “prepping” articles and started writing “religious” articles. The truth is I never thought of myself as a prepper but rather someone who lived an independent lifestyle. And I never thought of my newer articles as “religious” but rather scriptural studies. If I seem to be “short” in some of my responses to questions, I apologize. END_OF_DOCUMENT_TOKEN_TO_BE_REPLACED

((Please note that this article is NOT part of my We Wrestle Not Against Flesh and Blood series. The weather is warming and I believe that this will bring more protests, more riots, more demonstrations against the Trump administration, so I felt lead to issue this article before continuing the series. Also, I want to say Thank You or Khaap Khun Mak to my 2 faithful readers in Thailand and Muito Obrigado to my 3 faithful readers in Brazil. It’s been 42 years since I was in Thailand and I have never been to Brazil but would love to see it, one day.)) END_OF_DOCUMENT_TOKEN_TO_BE_REPLACED

{*Eph. 6:12 For we wrestle not against flesh and blood, but against principalities, against powers, against the rulers of the darkness of this world, against spiritual wickedness in high places. (KJV)

No truer words have ever been spoken than by the Apostle Paul writing to the Ephesians warning them about the forces that they and also we, will have to combat in life. END_OF_DOCUMENT_TOKEN_TO_BE_REPLACED

I was leaving a comment for a world renown financial cycles expert and I realized how coincidental the timing for the future is. I will try to explain, so please forgive me if I fail. I informed the distinguished gentleman about the Cycle of War that would begin in the Spring of 2017. ((Please note: This does not mean that war in America will begin at this time but the cycle of war will begin in the Spring of 2017.)) Also noted was the fact that the full penumbral solar eclipse will take place on August 21, 2017. END_OF_DOCUMENT_TOKEN_TO_BE_REPLACED

I think most people understand that radical Islam is pretty p.o.’d at America. Over 30 years ago I tried to explain to my father, a WWII veteran, why the rest of the world called us “The Great Satan” but he could not understand it. But, here is the truth of the situation; America has always manufactured the next threat to “freedom” in America and for that matter the rest of the world. END_OF_DOCUMENT_TOKEN_TO_BE_REPLACED

Shalom, everyone. We have just returned from NM and will try to recover enough to make more trips before the summer is out. Now for the nitty gritty. END_OF_DOCUMENT_TOKEN_TO_BE_REPLACED

I just wanted to pass this along as an update to my last article about covenants.

It has become the primary thrust of the Pope and Barack Obama to push the global environmental agenda. Of all the threats we face in the summer of 2015, these two @#$%^&*  imbeciles have embarked on a supercilious environmental campaign only because it will lead to the total domination of every man, woman and child on the Earth. With all this said Fukushima is pumping out enough radiation to kill off the entire planet if something is not done soon but there is not one mention of this in the lame stream media. They (Obama, the Pope, United Nations, elite, etc.) do not care about the planet or the environment. They only care about control  and domination.

Most people in the Western world are not familiar with the idea of a covenant. There are several types of covenants but the two most common in the area now encompassing the Middle East are the salt and blood covenants. Salt is an acceptable substitute for blood and is therefore considered by many to be one in the same as a blood covenant. We see that the powerful covenant made with King David , forever, was made by means of a covenant of salt (2 Chronicles 13:5) END_OF_DOCUMENT_TOKEN_TO_BE_REPLACED

WARNING: The following article is in violation of numerous U.S. laws (P.L. 118-332) United Nations and International laws (U.N. Resolution 260 Article 2(b), as well as Edicts from the Vatican (reference Catholic News August 12, 2008 and I don’t care. The information included below is TRUE.

This is a very difficult and controversial subject to bring to light in this day and time. I am quite sure that it will not enamor me to some of my family members, friends or even enemies. (I am their enemy they are not mine.) What is this concept? Hang on! END_OF_DOCUMENT_TOKEN_TO_BE_REPLACED

There are many people who feel that we are at the cusp of the “Great Tribulation”. I wish that was true but unfortunately, it is not. To believe that, is to negate several scriptures from the Bible and even the spoken words of Yeshua (Jesus) Himself. A dangerous precedent has been set and that is; whenever believers suffer they think it is the beginning of the “Great Tribulation”. Nothing could be farther from the truth. Let’s examine why. END_OF_DOCUMENT_TOKEN_TO_BE_REPLACED

Just to recap, In Part I, I explained the Curse and what it would entail and in Part II, I outlined the sin that would lead to America’s destruction and not just America but most of the Western World that at one time called itself a “Christian” or a nation “of God” or in our case “one nation under God”. In Part II I promised to give you the timeline, which is probably not what you are anticipating, but is a necessary proof I must give so that you can see where I am coming from. END_OF_DOCUMENT_TOKEN_TO_BE_REPLACED

CAUTION: THERE ARE GRAPHIC IMAGES ON THIS PAGE TOWARD THE END!!!

In Part One I promised that I would present to you: “In Part II I will tell you the sin that has brought on these curses and also the time frames for you to begin your measuring of the passing of each 7 year period. I will let you know where we as a nation are in this cycle and how much time remains.” So, with that being said, my purpose is not to try to convince anyone of anything. END_OF_DOCUMENT_TOKEN_TO_BE_REPLACED

Like many of you, I have always enjoyed the study of history, especially American history. It was the knowledge of history itself and especially the history of empires, their rise and fall, that I based my preparation plans upon. After the fall of an empire there is the period of time of “sacking and pillaging” that normally takes place. At a point in time, some say 3-4 years others say 5-7 years after the fall, a subdued sense of normalcy returns. It was reaching this period of time that I based my plans END_OF_DOCUMENT_TOKEN_TO_BE_REPLACED

Like Dr. Livingston, “the rumors of my death have been greatly exaggerated.” For all you active duty military and veterans you’ll understand what I mean. There is an old saying that says you have two (2) chances to give your life for your country; one on the battlefield and the other is in the VA hospital. END_OF_DOCUMENT_TOKEN_TO_BE_REPLACED