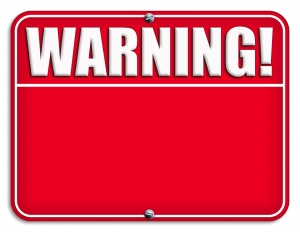 WARNING: The following article is in violation of numerous U.S. laws (P.L. 118-332) United Nations and International laws (U.N. Resolution 260 Article 2(b), as well as Edicts from the Vatican (reference Catholic News August 12, 2008 and I don’t care. The information included below is TRUE.

This is a very difficult and controversial subject to bring to light in this day and time. I am quite sure that it will not enamor me to some of my family members, friends or even enemies. (I am their enemy they are not mine.) What is this concept? Hang on!

It is my contention that the nation that we call Israel today was created through the efforts of Satan. Yes, I know: Heresy! Heresy! Even now, I can hear you thumbing through your Bibles to find Genesis 12:3 and send me a dirty email about my apostasy. Stop and think for a minute; did I mention Abraham, Isaac or Jacob? Did I mention the Children of Israel? Did I mention those that were grafted into Israel, (what? Didn’t you read Leviticus 12:48-49, Numbers 9:14 or Romans 11:13-21?) No, I am referring to the political entity of Israel.

Let’s take a brief look at the mechanics of Israel becoming a nation. Let’s start with the Balfour Declaration. A note written by from the United Kingdom’s Foreign Secretary Arthur James Balfour to Baron Rothschild (Walter Rothschild, 2nd Baron Rothschild), a leader of the British Jewish community, for transmission to the Zionist Federation of Great Britain and Ireland. Balfour was a Theosophist who regularly consulted mediums trying to get in touch with his dead cousin. It is rumored he was into sado-masochism but it cannot be confirmed. His letter was written to Lionel Walter Rothschild, the 2nd Lord Rothschild who was at the very peak of the Illuminati pyramid. The Rothschild family controls more wealth than over 1/3 of the population of the Earth combined. ‘Nuff said. Theodor Hertzl was also one of the major players in establishing the foundation of Israel as a nation. He called himself a Jewish Atheist and noted in his diary, on occasion that the truth could be sacrificed if the goal was just. (Lying about Captain Dreyfuss’ innocence was one of these times.)

Now, you are asking; what on earth would Satan accomplish by creating the nation of Israel? How about misleading the entire “Christian” world by pointing to the nation of Israel and saying: “See, Israel is a nation. These are the chosen people of “god”. You must support them so that they can build the fourth temple in the wrong spot. We don’t care how many people have to die in order for this to happen.”

Temple No. #1: built by Solomon. We find accounts in 1 Kings 5 and 2 Chronicles 2 where Solomon began the building of YHWH’s temple. Then in 586 B.C. Nebuchadnezzar burned the temple and Jerusalem to the ground; 2 Chron. 36:19-21.

Temple No. #2: Built by Zerubabbel in Ezra 3:8-10, Zechariah 4:9-10. Now here is the mystery of Temple No. #2, what happened to it? Well, since most good Protestants, including Baptists and many others, don’t read the Maccabees, Flavius Josephus or the Dead Sea Scrolls, they have no idea what happened to the Second Temple. Because the Second Temple had been desecrated by Antiochus Epiphanes in 168 B.C. the High Priest John Hyrcanus (of the Hasmonean Dynasty), after consulting the Scriptures, realized that the only way that the House of YHWH could be purified was to tear it down to the ground, sweep the ground clean, haul off the dirt, deposit it elsewhere and begin anew.

Temple No. #3: It was built in the 18th year of Herod’s reign (20-19 B.C.) I am not going to offer further proof so if you want to learn more go to Google and research all 3 of these temples.

So, have you been lied to about the number of temples? If a country boy in southeast Texas can figure all of this out without millions of dollars’ worth of contributions, tons of rabbis as consultants, or a 501(c)3 organization collecting millions of dollars in “offerings”, why can’t the other the people see this? They can but, “the love of money is the root of all evil” (I Timothy 6:10). If I discovered a 100% document-able cure for cancer tomorrow the cancer association would be the first ones to call me a charlatan. The same principle is at work here.

“But all of those rabbis and teachers and Sanhedrin can’t be wrong, can they?” They were about the Messiah and whole lot of other things, i.e., Jewish calendar, the beginning of the New Year, having sex with underage girls, you get the picture. So, how did I arrive at this absurd hypothesis? Mostly by reading the Scriptures and listening to what was being taught that didn’t match up with the Scriptures.

1. The Daniel Timeline: Daniel was a good little Hebrew boy, why would he develop a time LINE. Hebrew thought, like that of other Asian cultures, is cyclical, not linear, like the Greeks. So, for anyone to understand the cycle described in Daniel 9:24-27 you must understand 2 separate cycles and how they relate to one another. The first cycle is the Sabbatical/Jubilee Year cycle. And then, you must understand the cycle of the Holy Days of YHWH. (NO! I am not talking about Christmas, New Year, Easter, Etc.) Look to Leviticus 23 and read about YHWH’s Holy Days and not the Pope’s holidays.

2. History: As a student of history I often find myself deeply immersed in some historical research, much to my mate’s chagrin. (She is very patient, though.) The Complete Works of Flavius Josephus. Josephus was a 1st Century A.D. Jewish general and a member of the Sanhedrin. He had first-hand experience with the workings, location and topographic disposition of Herod’s Temple. Go to Amazon and look for a book entitled TEMPLE by Robert Cornuke. If you like, you can go to Bob’s website http://www.Baseinstitute.org and buy the book directly from him and by doing so you are supporting his efforts. It is the best book on the true location of the Temple you will ever read, so there is no need for me to cover each and every point. Also, there is a pretty good video by Ken Klein out entitled “Jerusalem and the Lost Temple of the Jews.” It leaves a few things out but I think that was for brevity’s sake rather than trying to obscure anything.

3. The history behind the book of Daniel itself is taught incorrectly, knowingly. Most Bible colleges and uh, seminaries teach that Daniel, Hananiah, Mishael and Azariah were taken to Babylon in 587/586 B.C. This is a huge mistake. Read what Daniel says, since it is his book. Read Daniel 1:1. So, what is the big deal? Jehoiakim became king of Judah in 609 B.C. That would make Daniel’s captivity begin around 606 B.C. If you go to this article: https://codgerville.wordpress.com/2014/09/06/why-i-was-wrong-about-americas-destiny-part-iii-the-timeline/#more-786 and look for the Sabbatical Year Template in blue and download it you will be able to find these dates for yourself. Do you have to believe me? Of course not. Go to Wikipedia or some other reference. So, if Daniel went into captivity around 606 B.C. when did the decree go out? Seventy years later, around 536 B.C. If you look at my timeline you will see that I missed this the first time because of my seminary training. Check multiple online sources and you will see that the decree to return to Israel went out about 536 B.C.

4. Nowhere in the New Testament is Daniel 9:25-27 quoted as proof that Yeshua/Jesus is the Messiah. Why? Because that is not what this verse of Scripture is talking about at all. If it had been proof that Yeshua/Jesus was the Messiah wouldn’t the Apostle Paul, if no one else, have quoted this Scripture to prove to the various congregations that he wrote to, that Jesus/Yeshua was the Son of the Living God YHWH? Of course he would have.

So what is the big deal and what does this have to do with Israel and a new Temple? Everything. If this Scripture has been perverted to mean something it was never intended, that a physical stone and mortar structure would be defiled by (take your pick), the Man of Sin, the Anti-Christ, the False Prophet or other, then what else has been perverted? Please read Matthew 26:61-67; 1 Corinthians 3:16-17, 6:19; II Corinthians 6:16-18; Ephesians 2:19-22; Revelation 21:22. Do you realize what has happened? Satan does not want you to know that YOU are the NEW Temple not a brick, stone and mortar building built on the old Roman Fort Antonio, which in and of itself would be an abomination.

Alright, let’s sum things up. I believe the false doctrine of Daniel’s timeline is just that, false. What Daniel is speaking of is a CYCLE of time. The closer we get to 2017 you will see the timeline people get out their erasers and pencils and erase 2017 or 2018 or 20-whatever and discover the TRUE timeline, and make it available to you for a modest donation.

Having said that, I will commit another heresy and say that I anticipate that somewhere around 2020 not only will the United States no longer exist as a political entity but that will include Israel, perhaps all of Great Britain and any other nation that calls itself “Christian”, with the exception of Russia, which is as Christian as Homer Simpson or Katy Perry.

Do you understand what has happened? By using Israel as a poster child of injustice toward “God’s chosen people” Satan has robbed you of your true identity. That identity is spoken of in many places in the New (Renewed) Testament but let’s look at just a few. (Remember, I mentioned Exodus 12:49 and Numbers 9:14 earlier. You ARE that stranger (Gentile) who has joined him/herself to Israel through faith in Yeshua/Jesus the Messiah. Also, what does Jesus say in the New (Renewed) Covenant: Matt. 10:6; John 10:16, 11:52; Ephesians 2:13-19; Romans 11:11-21; Isaiah 56:6-8. You will see these Scriptures again in a future article so be ready.Once you have joined yourself to Israel you are no longer a Gentile you are now Israel, by adoption.

It is possible that I may write about the Synagogue of Satan for my next article but of that I am not sure. Once again, I must commit it to prayer.
CC